Posted at 13:49h in Technical Aircraft Management by Website Wizard 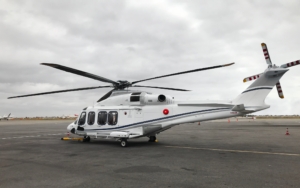 Helicopters have been around for quite a while. The first documented designs for helicopters were created in the Renaissance by none other than Leonardo Da Vinci. However, there are written records for flying toys that resemble today’s helicopters that go as far back as to ancient China. It would take another 500 years from the designs of Da Vinci until the first helicopters resembling the ones in use today would be built in the early to mid 20th century. Today, rotary-wing aircraft come in many shapes and sizes, including helicopters with single or twin main rotors and drones.

Around 8000 civil rotorcraft are currently operated in Europe, making it the second-largest market after the USA. The most common type of rotorcraft in Europe are light single-engine types, including the Robinson R44 or the Airbus Helicopters H125. The average age of these helicopters is 21 years, which indicates that a significant number of them will be retired and replaced with newer models in the coming years. In total, there are almost 1300 operators of rotary-wing aircraft in Europe. 85% operate less than five aircraft, and 75% operate only a single helicopter.

Helicopters are vital for emergency medical services, offshore operations, and search and rescue missions (SAR). Therefore, they must be kept in an airworthy condition that allows them to be dispatched at a moment’s notice, requiring special attention. The nature of the operations that rotary-wing aircraft are used for means that they are regularly exposed to significant stresses and strains. Consequently, data on these strains that result from different influencing factors during flight operations need to be collected and factored into maintenance planning. In addition, helicopters require more frequent maintenance than fixed-wing aircraft because they are more complex.
In CAMO work, this has some practical implications. Continuing airworthiness controllers need special training and expertise to handle complex maintenance planning. Furthermore, the special attention required for helicopters means that each controller is assigned their own small fleet to focus on. Dealing with the sophisticated data collected through the rotary-wing aircraft Flight and Technical Logbooks requires more time, attention, and thus manpower.

This article was originally published in Aviation Heaven Magazine in February 2022.