Posted at 14:00h in Technical Aircraft Management by Website Wizard 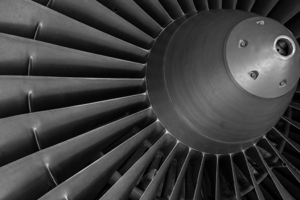 Electric aircraft are still exotic in general aviation, as there is only one certified aircraft so far, the Pipistrel Velis Electro. But that could change sooner than we all think.

The two-seater electric aircraft Velis Electro from the Slovenian manufacturer Pipistrel is the first and the only electric aircraft in the world to be type-certified by EASA. The single-engine aircraft for two people was designed for pilot training. It is made of composite materials and a liquid-cooled electric motor with 57.6 kW and two 70-kilogram lithium-ion batteries with 24.8 kWh. It takes about two hours to charge the batteries, the aircraft can then stay in the air for about an hour.

Yet the competition never sleeps: An estimated 200 companies around the world are currently working on projects to develop electric aircraft. Some have already completed successful test flights, most notably Eviation Aircraft with its battery-powered passenger plane. The company has developed a nine-seat electric aircraft called Alice and hopes to start series production as early as 2025. The “Alice”, as the first e-jet was affectionately christened, is accelerated by two electric motors to a speed of around 480 km/h and reached an altitude of just over 1,000 m during the first, eight-minute test flight.

Smaller electric aircraft carrying two to four people and used for private, corporate and air taxi services – primarily eVTOL (electric vertical take-off and landing) aircraft – are also already on the rise. The first-generation technology is backed by big names like Boeing, Airbus, NASA and Toyota, but also by a number of upcoming start-ups. The largest electric aircraft in the pipeline is Wright Electric’s 186-seat Wright 1, which EasyJet plans to deploy as early as 2030.

What are the challenges of using electric propulsion in commercial aviation?

While this seems to be an impossible gap to bridge, electric propulsion developers have faith in technological progress: the efficiency of batteries is improving by about 5-8 percent a year. NASA cautiously assumes that batteries with an energy density of 350 kWh/kg could be ready for the market by 2030, thus enabling all-electric short-haul aircraft with 30 seats. With the batteries available, however, short-range aircraft that can be used on regional routes can be already developed.

The possible future of electrical aviation

Ultimately, the future of electric aircraft depends on improving batteries. For electric aircraft to play a greater role in the decarbonisation of aviation at all, experts believe that energy density would have to quadruple. This could require novel types of batteries to reach commercialization.

Electric aircraft will certainly take to the air soon, perhaps even before the end of the decade. But given current technological advances, they probably won’t be able to take many of us very far. In the meantime, other technologies such as alternative fuels and green hydrogen are more likely to be considered for longer flights. So one thing is certain: in the long run, fossil paraffin will be a phenomenon of the past in aviation.